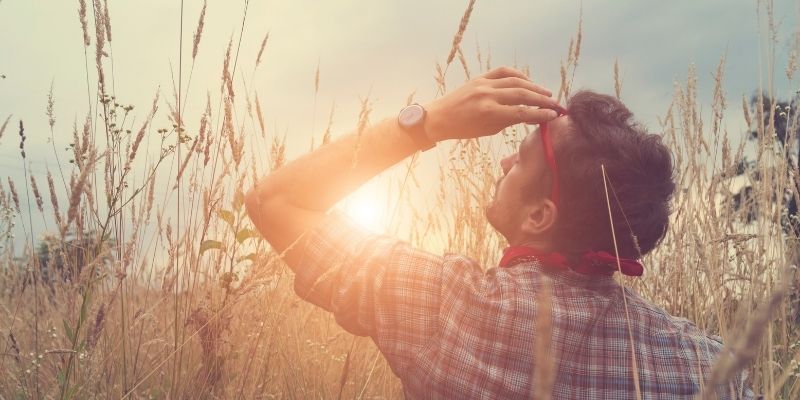 Biggest thing was the feeling of an educated and experienced work partner who is genuinely engaged and invested in the outcome. I never felt like just another patient ushered in and shuffled out. In fact, although I’m certain she had a full schedule and many other people she was working with, it always felt as though I was the only person on her agenda.

Almost exactly 1 year ago, I returned from a relatively modest vacation. Although the destination was great and the experience was generally positive, I started flaring severely on the final day, which tainted the end of the trip and seemed to confirm my fears of being away from home. From then until working with Brittany, I started a biologic and alternated between flares and periods on prednisone. For me, starting a biologic was sobering enough, but more worrisome was finding that even with the biologic, I needed prednisone to keep my UC at bay.

It was in the middle of another flare, and while starting another round of prednisone, that my wife walked over to me with her laptop on a Sunday morning. At this point, I was feeling like I could not understand why I kept flaring and I thought I was willing to try anything. On the laptop was Brittany’s website. I’m pretty skeptical of random internet people and solutions, so this served as an immediate test to my “I’m willing to try anything” position. But, with some prompting from my wife to admit that I was not in control of the situation and I need to look for other sources of help, I agreed to at least check out the website and read some of the testimonials. Of note, none of the testimonials I read were from men.

After consideration, and what felt a little like desperation, I decided to reach out to Brittany and ask her to consider working with me. Still, this wasn’t going to be free (might even be kind of expensive) and how could I protect myself from getting ripped-off by some stranger on the internet? But the email was sent and I could at least have a conversation, right?

The first phone call was enlightening in several unexpected ways. First off, it was clear Brittany had a process she followed and had done this before. She was also very clear about the terms of the agreement and was confident answering questions, one of which was if she was comfortable working with men. She was, and I was not the first male she had worked with. That was nice to hear, but the best part of the call was a feeling for me that I didn’t have to dodge questions or dilute answers pertaining to my bowel movements. Sure, I’d talked frankly about my issues with my doctors, but those conversations always seemed so impersonal that I was not sure if they were hearing what I was feeling. With Brittany, I got the impression that this was business and we were going to take it seriously—but she could also hear me (if that makes sense). It was just enough to convince me to proceed, but I still had doubts. And yes, this was going to cost money that may or may not be counted against my insurance deductible. To her credit, she offered to help with this in any way she could.

Soon thereafter we started working together with scheduled weekly consultations. My status at the start of working with Brittany was sleepless nights, energy spikes and lulls, stupid urges to over-eat... you know, prednisone. Prior to the prednisone, it was frequent fatigue, 8 – 10 loose, bloody stools per day, and the occasional pink toilet. I was also not able to sleep through the night without the urgent need to evacuate—and on some occasions, whether in the middle of the night or at work, I barely made it (or kinda didn’t) to the toilet.

Without describing the treatment process, which probably varies from person to person anyway, my experiences of working with Brittany are that she:

Biggest thing was the feeling of an educated and experienced work partner who is genuinely engaged and invested in the outcome. I never felt like just another patient ushered in and shuffled out. In fact, although I’m certain she had a full schedule and many other people she was working with, it always felt as though I was the only person on her agenda.

The benefits I started to realize throughout the program, and continue to this day, are:

Fast forward to today and I have recently returned from a much more ambitious vacation than the vacation that ended poorly for me last year. The type of vacation I was unsure when, or if, I would ever be able to do again. I was nervous the whole trip, always waiting for the moment that I was caught away from the toilet and the urgency returned. It didn’t. Things went extremely well, even though I had to take a couple of chances (but nothing too crazy) with my eating.

In addition to being able to vacation again (which was great), my routines and energy levels have returned to more normal levels. I’m able to be active again. I feel more like myself again in ways beyond just UC issues (e.g., stress management improvements). In summary, I was very skeptical of the process and cost—but the physical, mental, and emotional benefits made the cost well worth it and I am grateful for Brittany’s help.

Antonio A
After being newly diagnosed with ulcerative colitis, Antonio is gaining weight and was able to get control of his flare
Read More
Dan

Dan
Dan got control of his UC flares and was able to enjoy vacationing again without fear of triggering symptoms
Read More
Bridget W.

Carly-Rae C.
Carly-Rae decreased her bowel movements from 7x to 2-3x per day and was finally able to feel like herself again
Read More
Judy

Judy
Judy learned how safely expand her diet and in doing so, decreased her bloating, pain, and discomfort
Read More